30 Day Chronic Illness Challenge… Day 11… Why do you belive you have this illnes? Bad luck, a higher power, or something else? 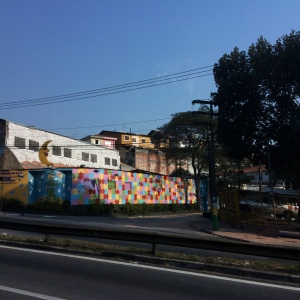 It’s really funny… I’ve spent a lot of time thinking about this very question. As an Aspie, logic and math dictate that it was almost pre-destined to happen. Autoimmune disorders run in my family. We have a history of RA. At some point, someone was going to draw the short straw.

It’s kind of ironic, too, that I do understand, because it means that I can “be there” for people who matter. I can be there because I understand a lot of things (Aspie… Epilepsy… RA… ). When I took up the flag for my daughter and put on the banner of Epilepsy parent, I tried to find that place where I could make a difference. I got some very snarky advice (“If you want to make a difference, send me money so I can “) and I struggled to find my voice. All the while I sat quietly and wrote. I wrote and wrote and I write and write and I answer questions and I provide hugs (real and virtual) and I help. Finally, after much poking and prodding about the fact that I make a difference, I realize that… I make a difference. It wasn’t the difference that I was determined I wanted to make, it was the difference that I needed to make.

Why do I have it? I don’t know. I meet with a lot of derision when I make the comment that I think all of the gods are just god and no matter what you call him/her/it, be you Christian, Islmaic, Pagan or a follower of the Flying Spaghetti Monster or Steve the Lettuce Head… god is god. Is it god? I don’t know. Is it Karma before the fact allowing me to help people? maybe. Is it genetics? yeah, duh. What caused the genetics? Does that really really matter in the grand scheme of things? not really. 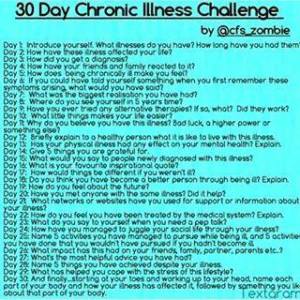 This entry was posted in 30 day challenge and tagged 30 day chronic illness challenge, it's not good it's not bad it's just different, why I have RA. Bookmark the permalink.