I can hardly believe it is already race weekend.  Today is the Expo.  Packet Pickup.  In just hours it will be race day(s).  I’m not entirely sure what I was expecting, but I was certainly expecting it to be bigger than the one in Austin was.  It was a decent sized Expo, but Austin’s was way bigger when we were going there. 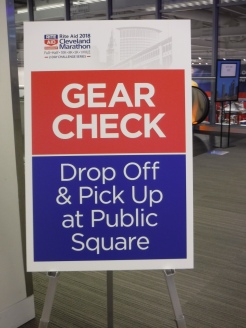 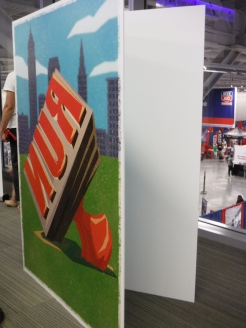 Public square was all decked out with tents popping up like toadstools. I imagine that tomorrow it is going to be a real zoo.

I picked up my bib… my challenge hoody… two race shirts… and my “running for Epilepsy Awareness” t-shirt and realized that this is really really going to be real.  I know I can do this.  I did this whole schtick two weeks ago but I’m a little worried right now that I might have bitten off a little much this early in my training.

I really hope I get to be a race Ambassador next year.  I have learned so much in this process of training in a big hairy hurry.  The next two days will teach me even more.

I’ve been watching the weather off and on for a couple days.  It looks like it might actually not rain… but the humidity is going to be incredibly stupid so… hydrate hydrate hydrate… and maybe not wear my leggings but my shorter compression shorts…

Tonight I will take my first ever pictures of Flat April (who knew that was a thing) so I have them… but… right now I’m good with knowing I have my race bib all pressed in a book to keep it as flat as possible.

My biggest complaint right now… they provided exactly FOUR pins with no way to get any more (two races… I would think I could have actually scored EIGHT whole pins.. but not so much. 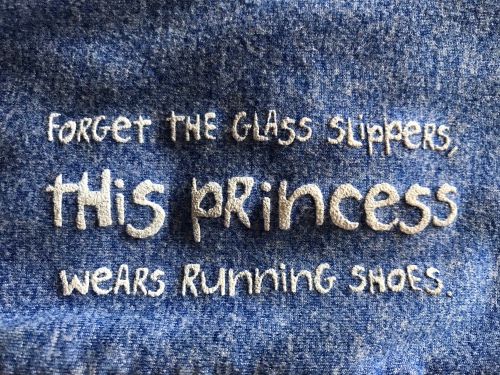