And already it is over.  Already it is the week after and I am wondering where the time went.  All of the training for this one is in the bag… The hard work is done (for this one) and now it is time to sit back and reflect.

My first thought (because I just read a Women’s Running magazine article on oooo look at me, I ran my half marathon despite having the flu… isn’t that admirable… look at how awesome I am despite spewing germs over 13 miles and an expo!!!) has been… thank goodness I didn’t get sick through the last few days.  Autoimmune disorder chick doesn’t appreciate the INCREDIBLE ADMIRATION OOOOOOO people get for deliberately spreading germs to 50,000 of the people they contact…  If you wouldn’t go to work and slobber all over your co-workers, don’t slobber all over the race event…

My takeaways on the race… 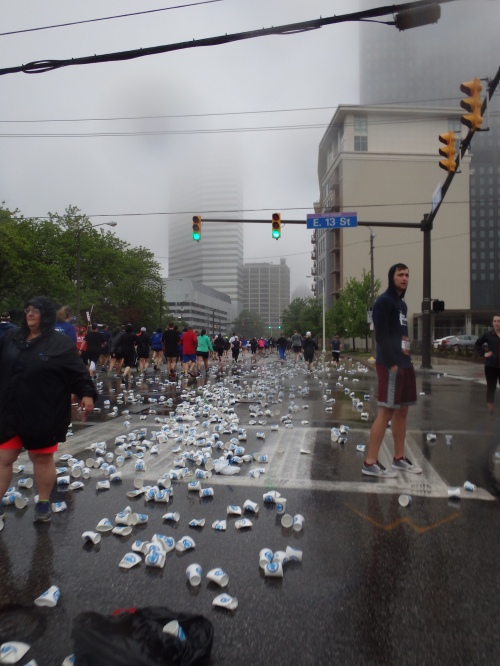 That is a LOT of cups 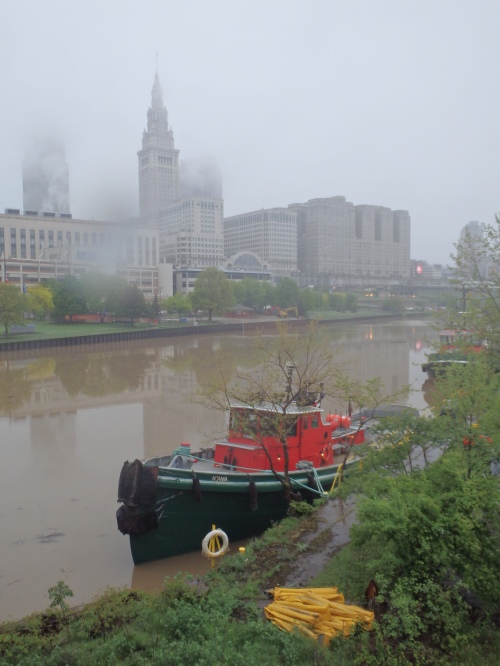 Yeah, yeah, I have a thing for boats and reflections… Didn’t actually realize what pictures I did end up getting but this wasn’t bad with Tower City in the background.

It was kind of neat running where I walk every day anyway.  It was much more comfortable on the street running than I think it would have been on the sidewalk. 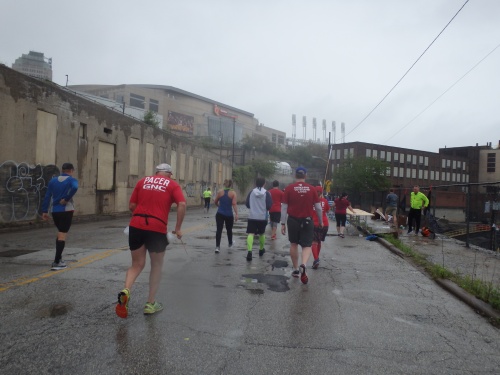 I kept up with the “3 hour half” pacer for about three miles… but then I lost him along below Tower City.  Shame, too because at that point I really had my heart set on making a 3 hour half.  I wasn’t FAR off… but I wasn’t quite where I would have loved to have been . 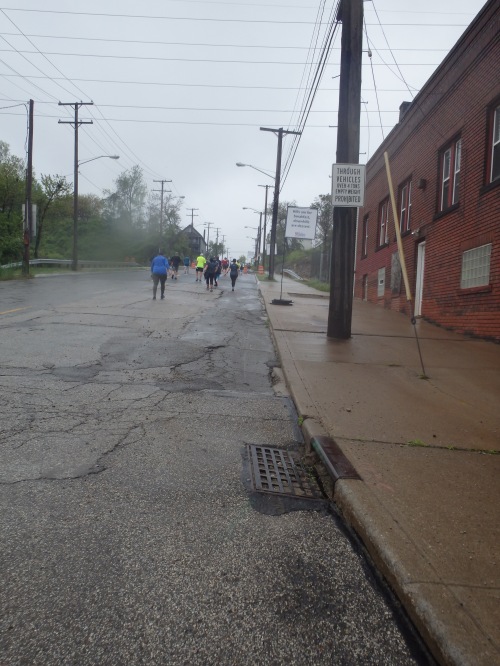 See… this is totally a hill.  Not quite as long as the one in Austin, but a hill none the less.  I loved the signs you pass going up, though… cheering you on… 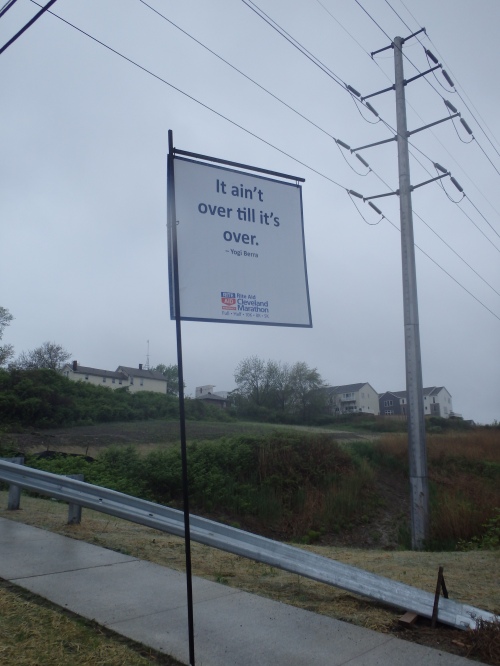 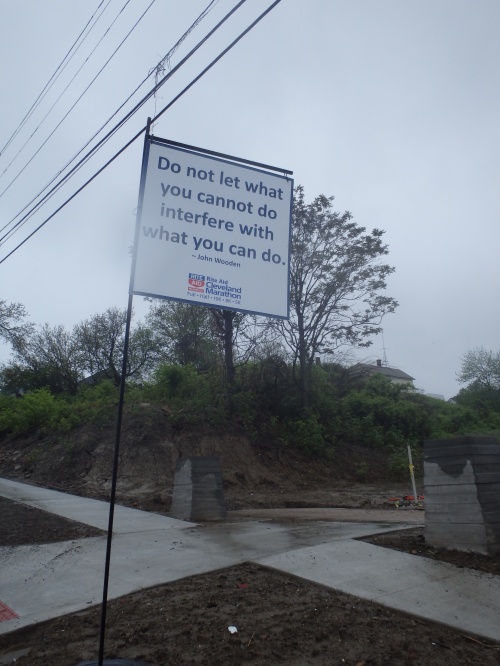 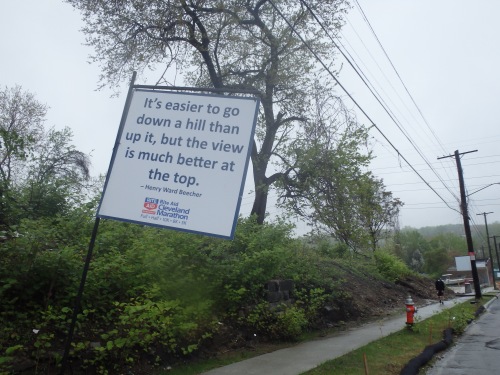 This is most true!!!

I loved passing the interesting artwork.

and the cool photo ops.

I had never had Honey Stingers before.  It is my new go-to race food. 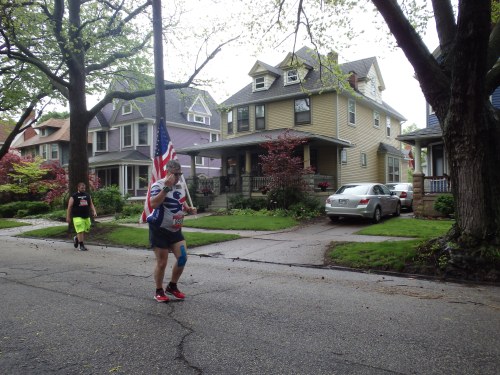 Next to the artwork… the people were awesome to pass

I loved this shirt at the point I caught up to her.  It made me smile because it’s very true. 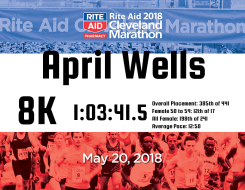 I have to kind of pat myself on the back a little, though… I PRed both my races.  I have NEVER EVER run as fast as I did for the 8k and even my Half Marathon time was better than I ever dreamed it would be.  I was hoping to make it (before I set off in the race) in under 3 hours and 25 minutes.  I did.

Now, all I have to do is better my time so I can better my corral in the Princess challenge and I will be set!

I’m trying to not hold out too much hope of being a race ambassador… but I think it would be wicked awesome cool to prove that someone with RA and who is more than a little overweight can ambassador a race and raise awareness!!!